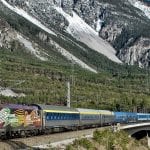 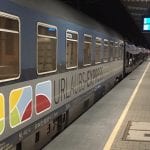 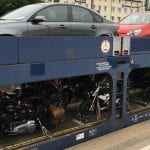 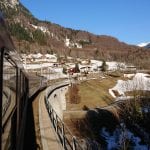 With the punctual arrival of UEX 1846 from Munich to Hamburg, the fourth summer season of the Urlaubs-Express has come to an end. The UEX team would like to thank all passengers for their trust, but also for their understanding and patience in a summer season with a lot of work to maneuver the UEX through all the conditions, regulations and restrictions related to the corona crisis.

In the night from Sunday to Monday the last UEX train of the summer season with the Cologne train number 1111 and the train name UEX “Zerück noh Kölle” was transferred to the home of Train4you. From the restart on June 28, UEX was able to operate a total of 56 night trains, i.e. about one third of the planned rounds before Corona. The punctuality rate in summer was again gratifyingly high at more than 92 percent.

The UEX Summer Program 2021 has already been released for booking. New additions to the UEX timetable include night and car trains to Vienna. The proven connections from Hamburg and Düsseldorf to Verona, Villach, Innsbruck, Munich and Lörrach will continue to be offered as motorail trains. The UEX is also increasingly focusing on night train customers without a vehicle and therefore has attractive direct connections, for example to Seefeld in Tyrol and Garmisch-Partenkirchen in its program. Special bicycle transport cars are also used on most routes. The 2021 summer season begins on May 12th with a UEX to Lörrach. On this day, the UEX celebrates its fifth anniversary – on May 12th, 2017, the first Urlaubs-Express trains travelled to Verona and Lörrach.